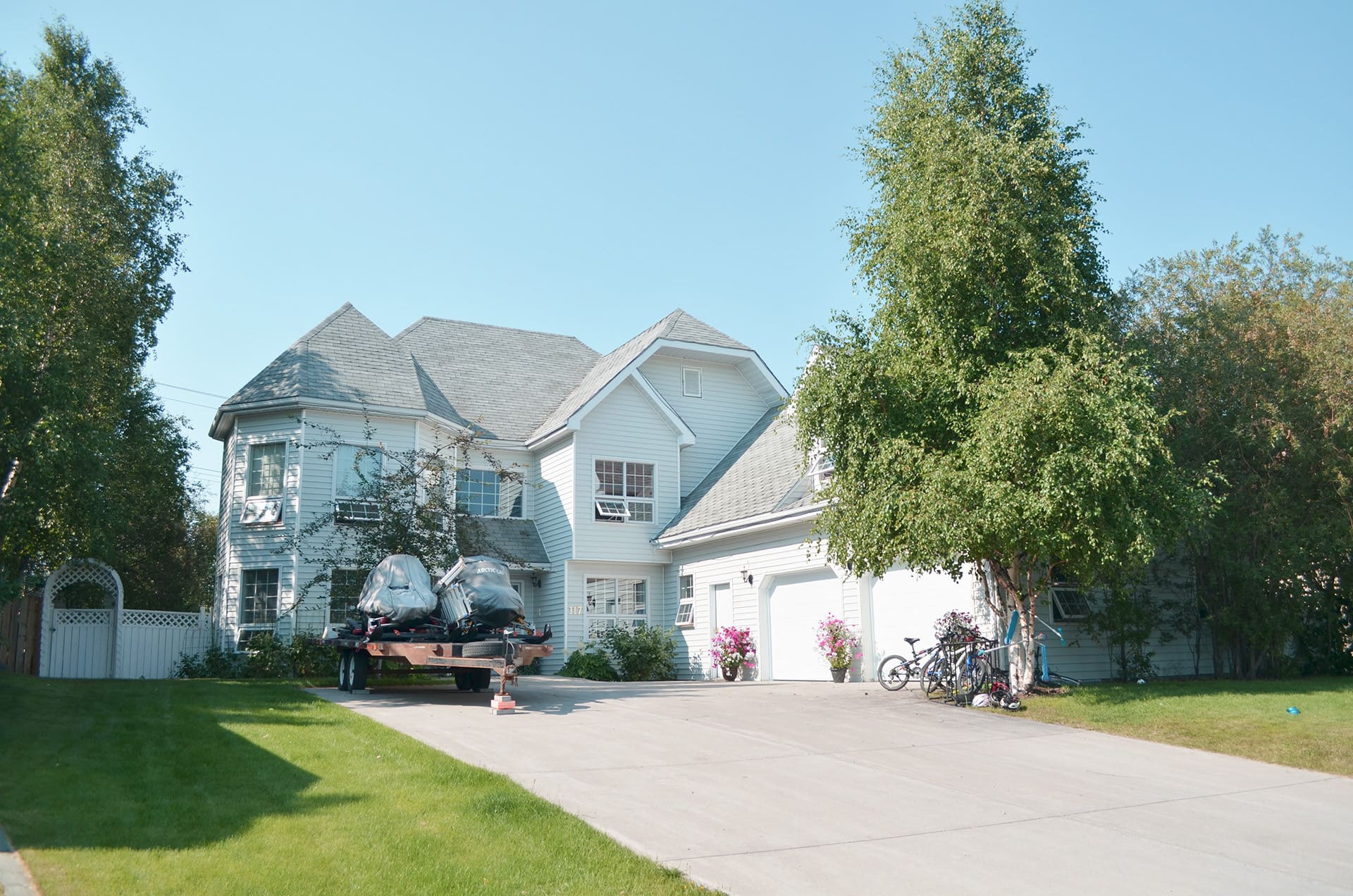 YK Hood by Hood: The Suburbs

Beyond the Multiplex, where most of Yellowknife actually lives, is a world to itself

From double-wides to stately homes

If you drove south along Franklin Avenue before, say, 1970, you’d pass into the outskirts of town at Tommy Forrest Ball Park. The jail was out there, as were a few farms and the looping road out to the airport, but none of the cul-de-sacs, trailer parks and big box stores that now make up the so-called Suburbs.

Admittedly, the word “suburbs” is comical in Yellowknife; there are few road-rage-inducing commutes in a place where you can zip from the furthest Range Lake driveway to Somba K’e Park in less than than 15 minutes. Still, the Suburbs, which are essentially Frame Lake South, Range Lake and the commercial strip that runs along Old Airport Rd., are different than the neighbourhoods north of Frame Lake. There’s not the stereotypical uniformity that often defines suburbs — you have the manicured lawns of Finlayson Drive, but also the trailer courts off Woolgar, the apartments and townhouses on Range Lake Rd., while Walmart and McDonald’s stand near upscale choices like Luluz Market or Diamantes. It’s suburban in the sense of being a world unto itself, having amenities but not revolving around a central, walkable core.

It’s also ‘suburban’ in the more blunt sense of the word: it simply isn’t downtown, and it’s not a neighbourhood, like, say Kam Lake or Old Town, with a more defined aesthetic and culture. All that said, it’s  one of the best-served neighbourhoods in terms of schools, restaurants and recreational activities. And if you’re hoping to get property at a reasonable price, our suburbs, like others across the country, are a good bet.

Yellowknife’s suburbs began to appear in their recognizable form in the early ‘70s. Yellowknife was maturing both literally and figuratively, with government workers flocking to the new territorial capital and miners who’d stayed through the earlier boom digging in and starting families. With the population spike, there were really only two directions to expand: upwards if you were downtown and outwards to the greenfield sites south of Frame Lake.

The first major development was Northlands Trailer Park, built by a private developer in 1971. The first publicly developed lots were handed out in highly coveted ballot draws a few years later in the Woolgar Ave./Bromley Dr. area, at prices ranging from $9000 to $25,000. École St Joseph School was built in 1978, and by 1988, as the neighbourhood expanded south towards Kam Lake and in a large westward loop towards Range Lake, a second school, N.J. Macpherson, was built.

The Suburbs’ second half, Range Lake, on the north side of its namesake, began taking shape in the ‘90s, while the commercial strip connecting the two neighbourhoods along the four-lane strip of Old Airport Rd. by the hospital, boomed in the late ‘80s/early ‘90s. First came the Monkey Tree strip mall. Then Woolco, the predecessor to Walmart, opened in 1991, followed by Tim Hortons, McDonald’s and Extra Foods in 1992. Some people still lament this introduction of box stores and strip malls to the city as a blow from which Yellowknife’s more dense downtown shopping and residential area has never recovered. But with all the suburb’s key pieces in place by 2000, Yellowknife finally began to resemble other cities across the country, for better or for worse.

Suburbs don’t exist without cars. This is as true of Yellowknife as anywhere else, and having a car defines the accessibility of the neighbourhoods. Unless you work at the hospital or along Old Airport Rd., chances are you’re driving to work. That said, for cyclists or those favouring a good walk, a beautiful paved trail runs from the hospital to Somba K’e Plaza, smack downtown. And with three elementary schools in Frame Lake and Range Lake, there’s a reasonable chance your kids will be within walking distance of school. As for going to the movies or doing some shopping downtown, you’re never looking at more than a ten-minute drive.

Realistically, you could live your whole life in Yellowknife’s suburbs without ever having to come downtown. There’s Trevor’s Independent and the Co-Op for groceries; McDonald’s, Tim’s, Subway and the like for fast food; Luluz and Diamantes for upscale food; Hot Shots and the Monkey Tree for beer and pub grub; and Walmart for pretty much everything else. If you need a dinner table? There’s The Brick. How about a wrinkle-resistant shirt? Mark’s Work Wearhouse. You get the drift —  it’s pretty much all there, albeit in the same way it’s pretty much all there on the edges of cities from Kelowna to Moncton.

The suburbs are well-served from a recreational standpoint, hosting both the Multiplex and the Fieldhouse, and with the pool and curling arena halfway to downtown. There’s Fritz Theil Ball Park with two diamonds and each school has fields for soccer, Ultimate, you name it, with St. Joe’s field being the stand-out, and Yellowknife’s sole outdoor skate park nearby. For runners, hikers and mountain bikers, the Frame Lake Trail — especially the unpaved backside which takes you through forests, along wooden walkways and up and down over rocky outcroppings — is the best trail within city limits and is accessible from behind the hospital or from a parking lot across from the Co-Op.

There are two schools in Frame Lake: the K-5 public N.J. Macpherson School and K-8 Catholic  École St Joseph School, which offers French immersion programs. Range Lake North School, on the Range Lake side of the Suburbs, is a public K-8 school that also offers enhanced French programs from grade 6 through 8. There are no high schools in either neighbourhood; both the Catholic and public high school are downtown.